Grayson County acting through the Grayson County Regional Mobility Authority entered into a contract with Rise Aviation, LLC to manage the airport in November of 2019; whereas Mike Livezey was appointed as the Airport Director. 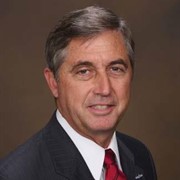 Late in 2017 Mr. Livezey accepted the position of Vice President and General Manager for Lake Texoma Jet Center at North Texas Regional Airport (KGYI) in Denison, TX. During his first year at Lake Texoma Jet Center, he launched many new initiatives including rebranding the business to Rise Aviation and the approval to build a new FBO Terminal at North Texas Regional Airport.

Mike has participated with industry trade groups throughout his aviation career. He served as a member of the National Business Aviation Association Schedulers & Dispatchers Committee for 5-years and was then invited to serve on the Advisory Council to the NBAA S&D Committee. Prior to his work in aviation, Mike held sales and management positions in the grocery and financial services industries and with the U.S. Postal Service. Mike holds a Bachelor of Science Degree in Business Management from LeTourneau University. Mike volunteers in his community with civic and non-profit organizations. He has been a member of the McKinney Kiwanis Club for 35 years.